Actually, PES MOD FIFA 14 on Android isn't official, but it is a directly modified version of the offline FIFA 14 Android game with updated kits, menu changes, and other important updates. So this is not actually eFootball PES 20 Apk, rather it is a better-modded version with commentary, skills and as claimed by many, it is better than PES Mobile.

So for the Pro Evolution Soccer fan base, FIFA 14 Mod PES 2020 Android game was released with the popular pes music like MPTS - Branko & PEDRO, which has the background colors, PES logos, and emblems, but there are no major changes on the menu, though there are some mods that we're able to change this.

So just as there is FIFA 14 Mod FIFA 20 which I have upload on this website, today we are focusing on FIFA 14 Mod PES 2020 Android Game. So as always, I've covered the features of a game so you can get a better understanding of what's to come.


These are just a few features of the game, of course, I can't cover all these in this article, but the most important features have been explained.

1. The scoreboard on the top left of the screen has been changed, sponsor colors have been changed as well.

2. PES 2020 Mod Apk has kick-off matches, so you can select any team of your choice, select if you should play home or away, choose the weather and pitch conditions, also select the number of home teams and away teams.

3. There are 3 kits to choose from, your Home & Away, with an extra kit that teams use mostly on UEFA Champions League.

4. Just as FTS 2021 Mod Apk, you can create a career mode, train your team to win competitions, and also if you want you can select manager mode and just view your team play without actively controlling them.

5. If you are not a fan of playing Career mode, then you can select any modes you want to participate in like FIFA World cup, FA Cup, Premier League, and so on.'

6. Also talking about the Manager mode again, you can purchase and sell players, clubs also have the option to accept or oppose your request, so this makes the market hard to earn players and it is very realistic.

7. PES 2020 Mod FIFA 14 Offline Manager mode is also fun to play when you choose the hardest difficulty. When you play with a club poorly, losing so many home matches and not winning in over 6 consecutive matches, or having so much drawn, the board can decide to keek you out of the club, I meant Kick, point that out in the comment if you read this.

8. The pitch/grass and stadiums are very unique, the stadium atmosphere is really appealing, also no mode has able to make the crowd very realistic, practically no Android soccer game has.

9. The game has commentary mode, yes, you can download English commentary or any of the available languages like French, Spanish. The commentary update is usually 400MB to 700MB, this varies on language downloaded.

10. Easy controls on the game with simple layouts like Sprint, Shoot, Pass, skill move, 2nd call, throw and switch. The controls are very predictable, so I'll tell you what the 2nd call does; so this calls a second player to follow the ball when the opposite team is with it.

11. There are different camera angles, like bird eyes, broadcasts, wide and so on.

12. Also, the game shows replay after each goal, the camera angle isn't that great, but their slow-motion effect is perfect.


FIFA 14 Mod PES 2020 eFootball Apk OBB Data file download is free for Android, I have confirmed the download and it works, the common reason games don't work for some is because they refuse to clear at least 3GB of internal memory for large games before extracting, thereby it gets incomplete.

So after getting enough storage space, here is the download link on Mediafire for the game below, it is also easy to install.


To install the game successfully, make sure you follow the below tutorial as it is written, failure to do so and we see your comments, we'll not reply to you because we have confirmed this game and it actually works.


I normally spread my screenshots across my posts, but this time I didn't so you can see the gameplay of this FIFA 14 Mod PES 2020 perfectly and know it works. The pictures are from the gameplay of the file uploaded on this article, so here they are: 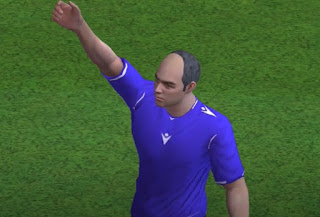 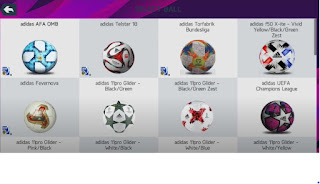