Share
Call of Duty: Mobile (CODM) most anticipated update i.e Season 9 has been released for the Garena versions, this update came first for the Asian gamers. The global release comes out on August 16th, 2 days from now, it comes with big updates like new maps and weapon customizations. Here, I have reviewed the expected features and new characters of the CODm Season 9 update. 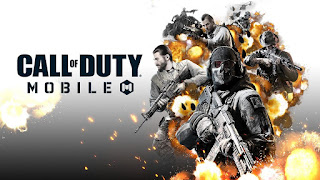 The new season is called 'Conquest', this can be seen from the trailer released by Call of Duty Mobile on YouTube. There are new maps, modes, events, Gunsmith feature, and a new Ranked Series 6. Huge updates came to the multiplayer and battle royale modes, Zombie mode is yet to be added back in the game, speculations suggest that will be available on October update 2020.


Looking at their website, you can see some of the changes made to the game, also you can simply check the gameplay from the CODm Garena servers, it has been released for over 5 hours now.

A major update that cannot keep fans waiting is the new Gunsmith feature and the Shipment 1944 map. A gunsmith is where you can customize your weapons by adding new attachments and charms, your weapons can now be unique, the chances of using the same weapon customization is low. The update of the game is expected to be more than 3GB in size, but the requirements for playing remains the same, Android devices with 2GB still have no challenges playing it.

There is a new weapon type, you can unlock them by just playing the game, completing Gunsmith missions to increase the XP points. This new system brings back the challenge of the game, so even if you are in level 150, this new system gives you something to compete for.

Additionally, the developers state, “All weapon variants of a lower rarity are now camos that can be applied on your base weapon.” Reticles, charms, and stickers can also be used to customize weapons. The weapon variants can be leveled up to 50+.


The Shipment 1944 map will be added to Call of Duty: Mobile Season 9, this has been available on the test server, but it will make it's way to the public game. It is a small map meant for practicing with different weapons and completing challenges or tasks. It is a fast-paced map that will have players shooting right from the moment they spawn.


On Multiplayer Loadouts is now 10 slots it is not unlocked by default, you will have to unlock them, this can be very useful when playing Ranked Match. While on battle royale players can find weapons of different rarities with pre-installed attachments while in a match, the attachments on the ground have been replaced with Gun Mods, there are five loadout slots now, and the customized weapons can now be acquired through Airdrops.
PublisherWisdom UchePosted atFriday, August 14, 2020 Post a Comment
Labels#Call of Duty, #Mobile, #Tech news