Share
The next chapter of the Dirt racing franchise Dirt 5 will now release on November 6, 2020, on the PC, PS4, and Xbox One. The game was set to initially release on October 16, but the new development today as twitted by the company confirms the delay, so it's expected to be released in the next 2 months from now. Here are the features and what you should be expecting from this game. 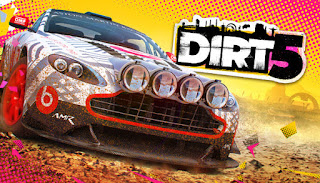 Dirt 5 is the most important game to the next-generation consoles knowing it is one of the rare racing games at release, featuring Microsoft (Forza) and Sony's (Gran Turismo) in which these two companies make the game exclusive for their gadget even without a specified release date of their own.

This game surpasses other franchise of the game like Colin McRae: Dirt, Dirt Rally, and Dirt: Showdown released since 2007 for PS3 and Xbox 360. The game will get launched for the PlayStation 5 users and the Xbox Series X later this year, followed by Google's own console for streaming games called Google Stadia, this will be early 2021.

Here's what dirtgame had to say concerning the new delay, starting from the second paragraph:- “It sucks, we know. Seriously, we can't thank everyone enough for your support and excitement around Dirt 5, ever since its reveal back in May. The positive feedback we've received from hands-on preview sessions has blown us away, too. The start line is now a little further away, but it's still very much in sight.

“Don't forget: anyone who owns Dirt 5 on current-gen consoles will still be entitled to the relevant next-gen optimised version, when it launches, free of charge.