Share
PUBG Mobile can no longer be seen on Google Play Store and Apple Store after it got banned recently with other 117 Chinese apps in India. If you didn't have the game installed on your Android or iPhone before the removal, then you cannot access the game, but those who has it installed can still play it for now. 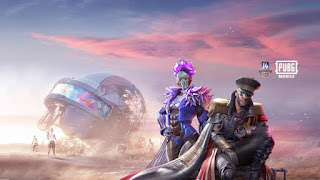 Remember the government of India says PUBG and other banned Chinese applications are "prejudicial to sovereignty and integrity" of the country, adding that the apps got several complaints from sources concerning the misusage of these apps to steal and sell users data without their permission. But Tencent says they take user and data privacy very important.

PUBG Mobile is one of the most played games in India, so having the official and LITE version removed on Android and iOS devices means the company will lose a huge amount of users in the country. Some users in China approves of this ban, they said it's better for the community and upbringing of the kids.

Gamers in India could still port to other similar games like CODm, we've seen some massive discussions on gaming groups about this new development. Also, they can still play PUBG for PC, PS4, and Xbox One with no restrictions, this is very possible because that version of the game was developed by South Korea's Bluehole. And as for Call of Duty Mobile, we saw the removal of the Tencent logo on the game's loading screen, so that could spare them from some trouble.

Is this the end of the era of PUBG Mobile? The main users of the companies players which are India no longer have access to play the game. There's a new alternative called FAU-G, it has gotten alot of attention on social media lately. Share this post to inform others as well. Thanks for visiting and reading.
PublisherWisdom UchePosted atFriday, September 04, 2020 Post a Comment
Labels#PUBG, #Tech news