Twitter hasn't added direct voice messages for direct messages since it's existence, this feature can be seen on popular social media companies like Facebook, Telegram, and WhatsApp. This new update was revealed by a Twitter executive, he said the new voice DMs features will be tested in Brazil first before other countries, so here's what you should know. 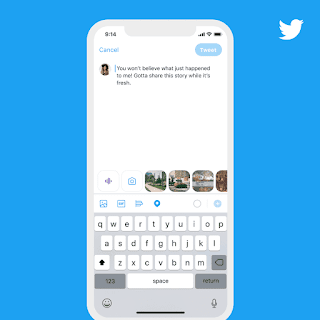 This new feature will be coming with a very simple to use interface, it will be just as good as the iOS Twitter apps which are currently being tested by a few users.

Twitter product managers said they know how people always wanted to send messages via voice to their followers or friends DMs which is a way to express themselves in public or private. Ironically, the Twitter product manager Ackerman-Greenberg made a 20-second voice message over Twitter while informing the publication about this new feature.

SEE ALSO: Download TwitShot To Add Tweets With An Image

I talked about it having a simple interface, so let me emphasized more on it - Voice messages on Twitter feature come with a play/pause button that makes it easy to listen to voice conversations without any advanced features.

It was also reported that an "in-line recording experience to make it easier to send these messages as part of the natural conversation flow." The iOS version of this feature released in June 2020 isn't up to the upcoming being tested which will replace that.

Obviously, this new feature will be misused and Twitter suspension of account will continue here, so users can report voice messages using the available option on the conversation.