Unreal Surfers is a remastered version of Subway Surfers Android and iOS mobile game, this time it is available for Windows 10 PC. Download Unreal Surfers Windows 10 game made by Fatdino using unreal engine 4. The most realistic runner game for PC with intense graphics, hardly will you not get addicted to the gameplay. 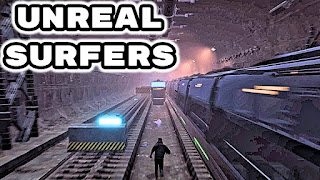 There is no description from the developer concerning this game, so we'll take about Unreal Surfers' features based on the gameplay I've watched so far. This game cannot be played on low-end pc, or an average pc with over 8GB RAM because the game is very demanding. Before we get to that, let's take a look at the specs.

1. The game is set in night mode with beautiful colors.
2. The trains are now realistic.
3. Character change, better physics while jumping.
4. Cars moving in the right and left lanes, far from the train rails.
5. Can be played on Windows PC. 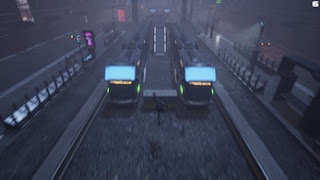 So here you'll see where to free download the Unreal surfers game for 64 bit on Windows 10 computer using the direct link from Mega. Thanks to 'MaKraMc' on the game's official download page, we were able to get the direct download link which is way faster than the default where the developer uploaded it to.
Minimum Specs / Download:
➔ Download Unreal Surfers For PC [2.57 GB]
➔ No password.

How To Install Unreal Surfers Subway Surfers Mod For PC 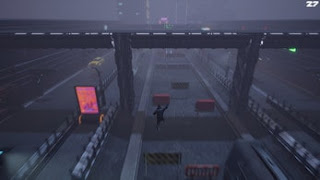 How To Play + Settings