Share
Okay, Talking Tome Gold Run, the most popular runner game for Android, Windows, iOS as of now. Can you believe this game that was released on 29 April 2016 has over 100 million installs? Talking Tom Gold Run is an entertaining runner game that isn't all about running like Subway suffers or Temple run, rather this has episodes and more characters can be unlocked which also brings new events like a boss and the rest. I've provided the Direct APK File for download. 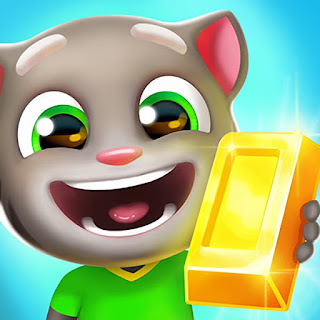 Talking Tom Gold Run v4.2.0.551 is the latest version of the App, this game features a robber who robbed Tom's home and tried escaping with a Van which got crashed almost immediately, Tom noticed this and began chasing the robber, so the story begins, you have to collect the Gold falling down from the sack bag used by the robber, actually Talking Tom is very rich if you see the amount of Gold falling down. So explore the fun endless running worlds of Talking Tom Gold Run! This cool running game is all about racing, jumping, dashing and getting an epic adrenaline rush in no time at all!

Below contains the full features, Talking Tom Gold Run Apk, and installation guide, the good thing is that there is no OBB File since it is not a large game. Also, you will like to check out the Lara Croft Relic Run game, a very active runner game for Android. 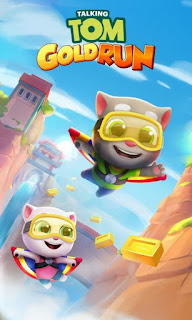 1. RUNNING ACTION: Players can have epic fun for free with this amazing endless runner! Chasing after the robber who stole the gold and unlocking new worlds is an incredible adventure! Who has what it takes to run through all the worlds and win? With enough running and racing, anyone can become the best runner there is. It’s time to go for gold! Players can also complete missions to get cool rewards!

2. ROBBER RUN AND CHASE: The sneaky raccoon thief stole the gold! Players can get the gold bars back and use them to build and upgrade amazing homes for Talking Tom and Friends! The finished homes will then unlock new worlds they can explore and go racing through! Let’s run for fun!

3. RACCOON BOSS: The big bad raccoon boss will try to stop players at any cost! They have to run and dodge obstacles and take down the robber’s truck in an awesome boss fight. Kicking chili bombs at him will make him give up eventually!

4.SPECIAL CHARACTERS: Players can run even faster and do cool tricks with the help of special characters! Princess Angela, Shark Hank, and Super Tom to the rescue! 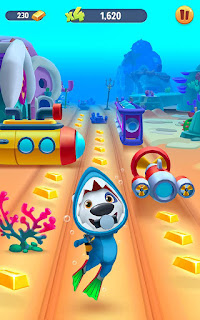 Requires Android: 4.4 and up 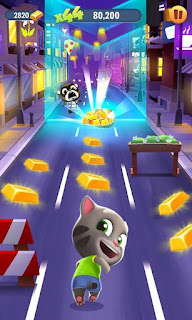 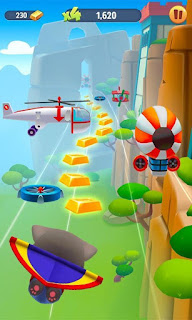 This is very easy since we are getting this from official stores knowing it is not even up to a 100MB, then the installation is simple, just download the app, it will automatically install, also there are no OBB, Data Files or Mod needed, works perfectly and fun to play!
PublisherWisdom UchePosted atSaturday, April 18, 2020 Post a Comment
Labels#Android Games, #Games, #Gold Run, #iOS Games, #Racing, #Talking Tom