If you check your Glo Cafe Application, you'll see newly added Data Plans mainly for social media apps such as Telegram. I've shared Glo Social Bundle settings to power all apps via UT Loop VPN. These social media networks also include WTF plans which are are known as Glo WhatsApp, Twitter, and Facebook. So instead of using these cheap bundles to chat, you can get Glo 500MB For N100 which will last for 30 days. 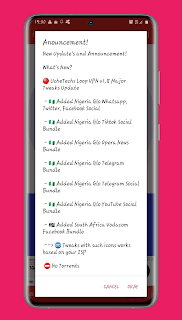 UT Loop VPN is the best VPN for this social media bundles because the tweak has been embedded on the app, you do not need any further settings like inputting the hosts or enabling any UDP forwarder and the likes. With just a tap, you will get connected to Glo WDF social bundle after you've purchased any of the 3 available data plans. Below contains how to subscribe to Glo social bundle using the USSD method rather than the Glo Cafe app. 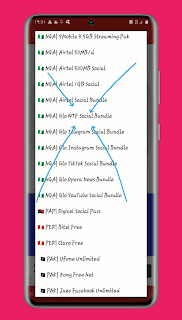 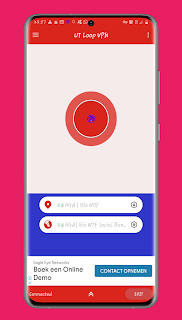 Note: This uses the subscription of your Glo social bundle for downloading, browsing, e.t.c. In short, to power all apps! Use the same server as the tweak, choose Glo WDF server and also Glo WDF Tweak.

SEE ALSO: How To Get Airtel 5GB For N1000, 1.5GB For N300 & More
The VPN only supports OTA update for Android 6.0 and up, here's what you need to do to get it working on your device.
Note: We've also added other social plans for Glo in case you need the YouTube bundle, Tiktok, and the likes, but there is no need for that because the GLO WTF social bundle is cheaper than others and the 500MB for N100 lasts 30 days.

So this is the Glo social bundle settings for UT Loop VPN to Power all apps, make sure you subscribe before attempting to connect. Leave a comment if you have a question and I'll gladly reply to you.