The most played and fast-growing game Among Us has gotten a new patch update for the game that adds an option for players to vote anonymously alongside other newly added features. This new feature has been rolled out for the iOS, Android, and PC versions. Here's what you should know about Among Us v2020.10.22. 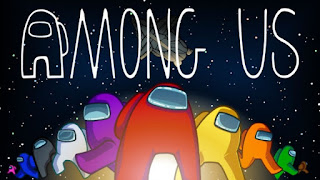 Among Us is a fun and addictive game, it has players around the world and this includes popular twitch streamers. The game is all about who is smart, you need to solve some puzzles in other to help your team, you can be an imposter or a crew. The recent update came with new features excluding the ones I've mentioned, below contains the new features of Among Us update.

Among Us Update | What's New

- All votes appear as grey

- Meeting mode only updates the bar during meetings.

- Added cosmetics to the meeting screen.

As you can see, there are tons of useful updates for Among Us game, these updates were revealed on Twitter by InnerSloth co-founder and it can be seen on Google Play, a future update that was also revealed is that the game will soon begin supporting 12-15 players per server.
SEE ALSO: Download Among Us Mobile Apk For Android

InnerSloth went on to announce a "small roadmap" for the game, by December the game is also expected to get accounts which will be helpful in reporting hackers and toxic spammy comments, this has been an issue in the game for many, so finally, the developer is tackling this problem.

The anonymous comments will appear in grey, while the new taskbar modes come with a meeting mode. There is an invisible mode which removes the taskbar has been added, it now has support for the colorblind, and many more features have been added.