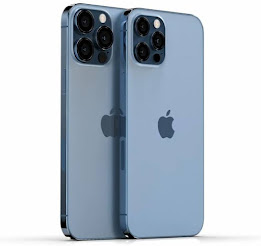 The iPhone 13 renders of the Red iPhone 13 were shared by tipster David Kowalski in collaboration with Coverpigtou, the red phone can be seen with dual-rear camera sensors that aren't positioned vertically as the iPhone 12, but this time are positioned diagonally from each other. It was also reported the iPhone 13 series are expected to come with 6.1-inch LTPO display panels, while the price could start at $700.

Finally the last of the iPhone 13 series, which is the iPhone 13 mini was also leaked, it was shared by a tipster on the Chinese microblogging website Weibo. It comes with the same design sensors and a speaker grill at the bottom which could be likened to be the Lightning connector.

Looking at these rumored specs, we can then have an idea of the upcoming iPhone smartphones that are expected to debut in October this year.