Former WhatsApp Chief Business Officer has announced the launch of his new ad-free social media app called HalloApp. HalloApp has competitive features that make it a very close competitor to both WhatsApp and Facebook. 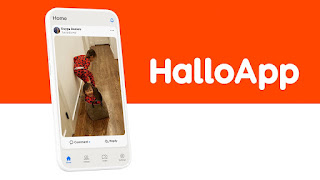 Arora was an early employee of the instant messaging app that Facebook acquired in 2014, both Arora and Donohue found HalloApp. Arora announced the launch of HalloApp on Twitter, he said that unlike Facebook social media and similar platforms, HalloApp will feature no advertisements, bots, likes, and followers - you will be able to focus on communicating with real friends.

"Our vision at HalloApp is to build a simple, safe, private place for people to connect and share what matters — with the people who matter most," he said while concluding his long thread on Twitter.

HalloApp connects you with your contact via your phone address book, the company said in a blog post that they do not collect, store or use any personal information of its users. Arora also said that the chats on the application will be end-to-end encrypted.

Furthermore, HalloApp does not feature algorithms, so this means advertisement can't really be effective, so it's ad-free. The company's source of income will be from its plans to introduce a subscription-based model to offer additional features in the future.

HalloApp can be downloaded for free on Apple App Store and Google Play Store currently, also for now it does not have web access like Telegram and WhatsApp. The app is quite similar to Facebook and WhatsApp, you can stay connected with family and friends whose numbers are in your contact book. You can create group chars and join group conversations to post and share stuff.

The app also seems to take misinformation seriously as Arora said "No misinformation spreading like wildfire." So you can get the app on your OS app store and see how it works, thank you for reading.