Google Chrome browser Dinosaur Game that is playable when you have no internet connection now features Olympic torches and other minigames due to the ongoing Tokyo Olympics 2020 event. 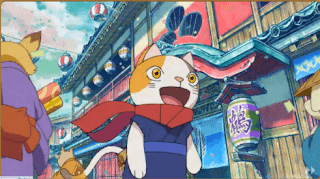 This change comes as Google celebrates Tokyo Olympics 2020 with its largest-ever doodle game on the homepage. The Dinosaur Game changes also got an official announcement from Google CEO Sundar Pichai who tweeted and confirmed the fun new minigames the classic game has on offer now.

The game now features the T-rex and an Olympic torch, also it was learned that if you are playing the game even with an active internet connection, you will be able to find an Olympic torch at the beginning of the game. The fun part is if you bump into it, rather than jumping over, the T-rex then transforms into a different kind of runner that appears to be more focussed on the finish line, this way you can play minigames.

Google CEO Sundar Pichai tweeted another screenshot of the game whereby the T-rex is seen surfing. He added "Might need to work on my surfing skills", and there were fun replies from his followers.

Another notable feature in the game is when you hit a hurdle or an obstacle, you get a message on the screen that says "またプレイしてね", instead of gameover, that translates to "Play again" in Japanese which clearly indicates the new update is a tribute to the Summer Olympics.