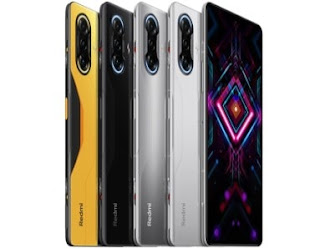 The device is expected to come with a 120Hz display and a 64-megapixel primary camera, it will also feature a MediaTek Dimensity SoC.

The specs of the Redmi phone were leaked by a tipster on Weibo, and although the info shared on the platform is not exactly claimed to be associated with Redmi K40 Ultra, Xiaomiui an MIUI Twitter account suggested the rumor of the phone could be the Redmi K40 Ultra.

Redmi K40 Ultra specifications as said earlier feature a 120Hz display and 64-megapixel primary sensor. It is expected to come with a 5,000mAh battery along with 67W fast charging. Furthermore, the device could include a MediaTek MT689X SoC. These are the expected specifications of the upcoming Redmi smartphone.
SEE ALSO: Strategy To Root Xiaomi Redmi Android Phone
Other models of the Redmi K40 series released in February include Redmi K40, Redmi K40 Pro, Redmi K40 Pro+, and Redmi K40 Gaming Edition. The most recent model was launched in April with features such as the MediaTek Dimensity 1200 SoC and a 120Hz display.
Also, these suggested specs do not have enough details to take so seriously, so this reported information can be taken with a pinch of salt.
PublisherWisdom UchePosted atTuesday, July 06, 2021 Post a Comment
Labels#Tech news, #Xiaomi Redmi