iPhone 13 Series to come with a Larger Wireless Charging Coil 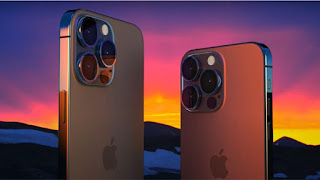 EverythingApplePro posted a new video on YouTube where they shared the latest leaks about the upcoming iPhone 13 series in collaboration with Max Weinbach.

The phone is expected to be unveiled in September with an improved battery life span which could be for better heat management and could also lead to support for higher wattage.

Also, in the new leak, the tipster said the upcoming iPhone models could support reverse wireless charging thanks to the larger coil. Looking at October last year where a US FCC listing showed support for reverse wireless charging on the iPhone 12, it could mean the iPhone 13 series is capable of supporting this new feature. Also in March this year, there was a report that Apple is working on a magnetic MagSafe-compatible battery pack for the iPhone 12 series that would support reverse charging.

Remember Apple added a portrait mode added to FaceTime that allows users to blur their background while in a video call with iOS 15. This feature will be available right in the camera app by default.