The YouTube chapters that allows users to know the sections of a video containing a topic can now be shared with others. This Youtube feature has been really beneficial, this helps users know if they are interested in a section of the video or not, they can easily skip that section and move to the other. 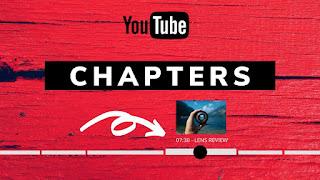 With YouTube Chapters getting an update, viewers on Android can now share a chapter rather than sharing a link of the YouTube video which starts from the beginning, or instead of using YouTube web to get the timestamp of the video and then share which will still play till the end of the video. With this new feature, when you share a chapter, the video ends on the chapter.

To identify the YouTube chapters, you will notice when watching a video, you will see a marker on the video bar which contains titles, showing the beginning and end of the chapters. This chapter can be made accurate on the video by the YouTuber, if done incorrectly, it can be confusing to the viewers.

So until now, such a feature was not available for Android, now it is. To use this feature is quite easy, here is how to do so.

1. Tap the name of the chapter on the video seek bar.

2. Then you will see a list of chapters available on the video.

4. There are many modes of sharing the video with anyone or anywhere.

This new feature was spotted first by Android Police on Tuesday and it suggests that it will be rolling out early this month May with app version 16.20.35, so update to the latest version of YouTube once it's available for your device.