Instagram is working on introducing a new like button for Instagram Stories. Until now, this feature was never available, as users were unable to react to Stories publicly, rather only privately. So now, the Like button will be public and other users can see the number of likes. 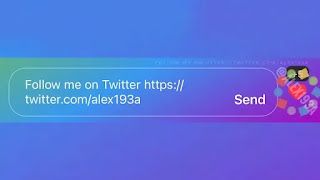 Alessandro Paluzzi, a developer clarified that Instagram is working on a feature that lets users react/like a Story. This feature is currently under development, as confirmed by WABetaInfo, and it cannot be viewed even in the latest public beta, nor is there an availability confirmation date.

Paluzzi shared a screenshot that shows the heart icon next to the text bar at the bottom, so when you click on it, you will see an animation like that of Facebook reactions. The developer said users will be able to send more than one likes, i.e multiple likes on one Story in a future update.

Furthermore, WABetaInfo says that the owner of the Story will not receive any private message when a user reacts to their story, but there is a chance the owner is able to see the likes on a story. It is important to know that based on the report, users need to take the info as a grain of salt since the feature is still under development and everything can be changed before release.

In addition, if the likes are showing on a separate list, it means that it can only be seen for 48-hours only, in which afterward it will disappear.

Another feature Instagram is reportedly working on is the removal of the swipe-up gesture that allows users to access links in Stories and replace them with stickers. Some users already got a notification on the app that makes it clear to them that this feature will get implemented from August 30th.