MARVEL Future Revolution Android Game has been launched, you can now download Marvel Future Revolution App for Android and play for free! This is the most anticipated & first Marvel's Open-World Action RPG on Mobile, having over 5Million Installs in 10 days. 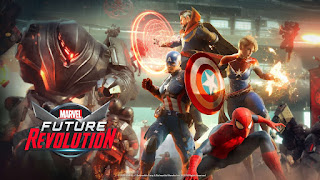 2. While playing Marvel Future Revolution open-world action RPG game on mobile, you get to interact with other heroes, and play alongside Marvel universe characters.

3. Campaign mode in this game is based on the original stories of Marvel universe, you get to play missions such as joining Omega Flight's mission to save Primary Earth.

4. Characters are customizable, you can choose from Marvel's high quality costumes or simply mix different available custums to make a unique one of yours.

5. Enjoy Marvel Future Revolution app on your mobile device as you engage in an unrestricted cinematic action and fluid combat on ground and air. 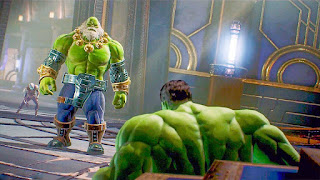 The below link contains the official Marvel Future Revolution download for Mobile devices. I have also linked to the direct download link of the Apk, Obb Data files free for manual installation.