Facebook is planning to rebrand itself to a new name next week, the aim is to reflect its focus on building the metaverse. Facebook Chief Executive Officer Mark Zuckerberg plans to have a meeting at the company's annual Connect conference on October 28 regarding the company rebranding. 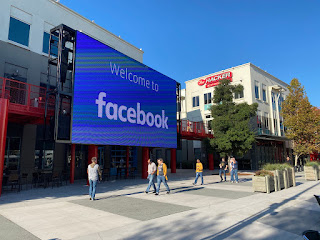 What is a metaverse? This can be defined as shared virtual world environments which are easily accessible to people via the Internet. In other words, they can also be known as digital spaces that are made more lifelike by the use of virtual reality or augmented reality.

The report suggests that the rebranding will put Facebook's social media app as one of many products under a parent company that will superintend groups like Instagram, WhatsApp, Oculus, and more, the report added. There have been several speculations regarding the new Facebook branding, the company said it will not comment on them.

See Also: How to Show Only Mutual Friends on Facebook

Speaking of the metaverse, earlier this week, Facebook announced plans to hire 10,000 people in the European Union to build the metaverse.  Facebook stated, "The metaverse has the potential to help unlock access to new creative, social, and economic opportunities. And Europeans will be shaping it right from the start,".

What's included in the European hires? The blog post said "The EU has a number of advantages that make it a great place for tech companies to invest - a large consumer market, first-class universities and, crucially, top-quality talent,"