AWS Penetration Testing: What Is It, Different Types, And How To Do Them?

Have you heard about various types of penetration testing that happen in the IT world? When we talk about penetration testing, we are referring to a methodical approach for identifying vulnerabilities in an organization's infrastructure and operational systems so they can be fixed before a malicious attacker exploits their weaknesses. This article will explore what AWS Penetration Testing is and how it can help your business prevent system breaches. 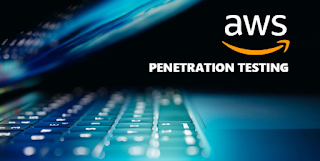 What Is AWS Penetration Testing?

AWS Penetration Testing is a type of penetration testing that focuses on the security of your data stored in AWS Cloud. It involves scanning, identifying, and preventing any vulnerabilities found within an organization's cloud infrastructure. As part of this process, it scans for access control problems as well as insufficient use policies which can result in unauthorized access to critical information or other sensitive resources hosted inside Amazon Web Services (AWS).

Also See: Want to Turn Off Your Pc Using Your Android Phone? See How

There are several types of penetration tests performed against systems running on the AWS platform including:

Vulnerability Assessments – These involve the identification and prioritization of all known system weaknesses with recommendations about how to fix them before they're exploited by hackers. This kind of VAPT test doesn't attempt to exploit the vulnerabilities but merely identifies them so they can be fixed.

Penetration Tests – Also known as "white hat" attacks, these tests simulate real-world cyberattacks by attempting to exploit system vulnerabilities in order to assess their severity and find potential ways to fix them.

Red Team Assessments – This is a more comprehensive type of penetration test that goes beyond simply identifying vulnerabilities. It also attempts to gain unauthorized access to critical data and systems with the goal of compromising security controls.

There are several tools that can be used for penetration testing in order to assess the security of your AWS infrastructure. These include:

Soil – This is a command-line tool designed specifically for AWS Penetration Testing and was created by Cloud Security Partners. It allows users to quickly gain visibility into their cloud environment so they have accurate information about the security posture of their systems.

Metasploit – This is a popular hacking tool that can be used for penetration testing and includes modules for attacking systems both on-premises and in the cloud.

Wireshark – This well-known network analysis tool can be used to capture, analyze, and troubleshoot traffic across a network.

How To Do AWS Penetration Testing 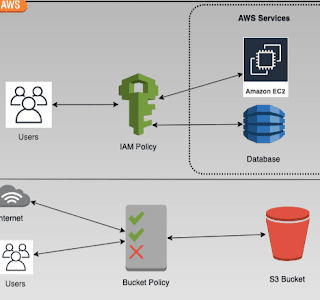 There are several ways you can go about performing AWS Penetration Testing. The most common approach is using Kali Linux, which is a popular hacking and penetration testing distribution used by both professional and amateur pen-testers. Kali Linux comes with tools that can help you find vulnerabilities in AWS Cloud, as well as a collection of exploits that may be useful during the penetration test to gain access to sensitive data or other resources hosted within Amazon Web Services (AWS).

You should also invest in a penetration testing tool such as Astra Pentest, which is designed specifically for performing AWS Penetration Testing. It allows you to discover and stimulate the exploitation of web application security vulnerabilities found within an organization's infrastructure including its cloud services hosted on Amazon Web Services (AWS). With this kind of solution, any weaknesses that are discovered during your assessment can be reported with detailed information about how they could be exploited by hackers or other malicious actors.

Once all potential system risks have been identified, it will then recommend steps needed to close them based on industry best practices and compliance standards such as PCI-DSS. The final report generated at the end of the test will include high-level findings with more technical details so both customers and partners can understand the issues and remediate them as soon as possible.

As part of your AWS Penetration Testing, you can use Kali Linux to launch a denial-of-service (DoS) attack against an endpoint. A DoS attack attempts to make the machinery or network resources unavailable to the users who need it by overcrowding it with traffic from multiple sources. This can be used to test the resilience of your systems against large-scale attacks.

With several different types of penetration tests around cloud computing platforms such as AWS Penetration testing where Vulnerability Assessments, Penetration Tests, and Red Team Assessments all serve unique purposes, it is easy to employ these methods according to the requirement to ensure that your AWS security is at its best. In order for companies to ensure their security posture is up-to-date against potential cyber threats, they should consider utilizing these services by professionals whitelisted from industry-leading organizations.

AWS Penetration Testing is an essential part of any security strategy. It’s important to understand the different types of penetration testing and how each one can be used for your company. We hope this article has helped you learn more about what it means to perform a penetration test on Amazon Web Services, as well as some helpful tips on doing so! Let us know if we can help you with anything else in regards to AWS or cybersecurity consulting - our team is always happy to assist.