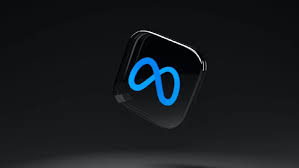 A Meta spokesperson made this email statement to Reuters "John Pinette has left Meta. We are thankful for his positive contributions during an intense and significant time in the company's history, and we wish him well going forward,".

The spokesperson refused to speak on why Pinette was leaving, rather he cited Meta's policy of not commenting on personnel matters. This news was first reported by The Wall Street Journal on Friday.

Pinette has been the vice president of global communications since April 2019, according to the company's website - 3 years after this, he is leaving the company.