Call of Duty Warzone has introduced an anti-hack feature that bounces back the bullets shot by the in-game hackers. Such players make the game less fun for people playing genuinely, so the developers have given honest players a cheat of their own, so to speak. 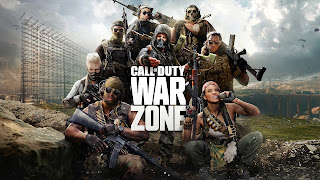 Call of Duty Warzone's new Damage Shield makes a cheater's bullet deflect away from any player they shot, so players can simply take advantage of this when this happens knowing it's a hacker.

Activision said in a blog post that the feature only gets turned on "when the server detects a cheater is tampering with the game in real-time," they also added that, there is "no possibility for the game to apply a Damage Shield randomly or by accident," in case you had that in mind.

"We will never interfere in gunfights between law-abiding community members," they added. So if as a player you noticed this happening, it means the opposing player is cheating. The company will not only deflect hackers' bullets but also ban them from the entire Call of Duty gaming franchise, including future releases.

It is important to know why popular games are introducing new ways to detect hackers. Such players are harming the fun of other players, and the most affected of all is trust in the gaming company's franchise. Console players have even decided to avoid cross-play with PC due to increasing cheaters on those systems.