Telltale Games: The Wolf Among Us 2 Revealed, Release Date Set for 2023

Telltale's Story-telling game The Wolf Among US 2 is set to be released the next year 2023 after an official confirmation by the developers during the reveal trailer yesterday. After eight years since the original series ran, Telltale is back! 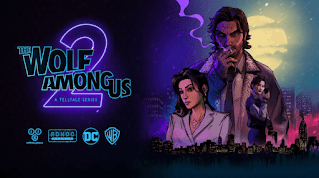 The Wolf Among Us 2 picks up six months after the events of season one, according to the developers. The developers are developing the entire five-episode season simultaneously and plan to release them with a 'tighter cadence' in comparison to the original game.

The Wolf Among Us 2 will be released for PC, PS5, Xbox Series X/S, PS4, and Xbox One in 2023. There is no confirmed month/day for next year when the first episode will be dropped. Below contains the reveal trailer of TWAU2.

In addition, half of the developing team consists of former Telltale staffers. Since the announcement of the rebirth of Telltale two years ago, the team has done a lot by working behind the scenes rebuilding and most importantly, strategizing on ways to avoid another bankruptcy.

This is a long-awaited game, finally, the reveal trailers are out. We should be expecting more screenshots and information from the developers before the year runs out. Telltale is also currently developing another game called - The Expanse: A Telltale Series.