Black Panther open-world game is undergoing development by EA as the report suggests. This will be the first open-world single-player game for the Title coming to PS5, Xbox Series S/X, and Windows PC. -Black Panther Open World Game- 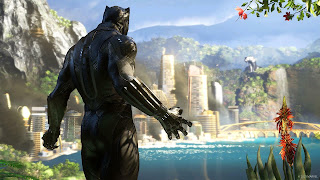 The game developed by EA is codenamed, Project Rainier - this news comes just not long after the unveiled first official trailer for Black Panther: Wakanda Forever at San Diego Comic-Con 2022.

Black Panther by EA will be a single-player game, it is still in the early development stage with few details known. According to Grubb, as revealed on his Game Mess stream, he said the game is set following the death of Black Panther at the start of the game, in which players will try to complete the in-game task to be the new incarnation and king of Wakanda.

Though the game is being referred to as Project Rainier, we can confirm the game is being developed by EA as Grubb clarified in his statement “founded by Monolith Productions Vice President and studio head Kevin Stephens. So yes, this is an EA-published game.”

So as said earlier, the Black Panther game is still under development, so there would not be an official confirmation any time soon. However, just as the 2020's Marvel Avengers game was released on PS5, Xbox Series S/X, and Windows PC, we can be sure this will be the case for the upcoming Black Panther open-world game.