WhatsApp is working on adding a new feature to its messaging app that will allow users to hide their online status from certain contacts. This functionality adds extra privacy to users who disabled their last seen to also prevent contacts/non-contacts from seeing them online. 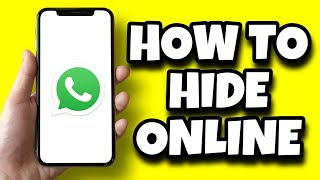 As reported by WhatsApp features tracker WABetaInfo, the Meta-owned messaging service's new feature that allows users to hide their online status from selected contacts can do so from the WhatsApp Privacy Settings: Settings > Account > Privacy > Last seen > Same as Last Seen. This feature is still under development and will be released in a future update.

It was also reported that WhatsApp will update the time limit to delete messages every one to 2 days and 12 hours compared to the existing 1 hour and 8 minutes, this is currently available via the Google Play Beta programme, with the 2.22.15.8 beta for Android.

In addition to the upcoming hide WhatsApp online status and time limit extension feature, WABetaInfo reported that a redesigned context menu which is available on Windows beta will be downloadable on the latest WhatsApp beta app for Windows 2.2225.2.70 via the Microsoft Store.

The redesigned context menu shows there is a new shortcut option included such as undo, select all text, and paste. There will still be changes to these features in the beta before the final release.