WhatsApp ‘Delete for Everyone’ Feature Extending to Over 2 Days

WhatsApp is reportedly working on the ‘Delete for Everyone' feature so your sent messages can still be eligible for deletion for up to two days and 12 hours compared to the current one hour, eight minutes, and 16 seconds' time. Now, you'll have more time to delete your sent messages in case you feel they should be deleted. 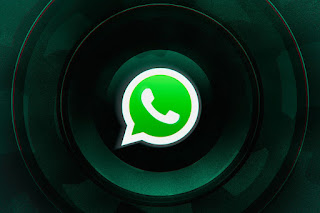 Also, WhatsApp is coming with a new Communities feature that will allow group admins to add and manage their multiple WhatsApp groups from a single place. This means admins can now send important announcements to all members at once instead of forwarding messages to the managed groups.

See Also: How To Use One Whatsapp Account on 2 Phones

WhatsApp beta tracker WABetaInfo reported the extension of the time limit for ‘Delete for Everyone' to two days and 12 hours is available on WhatsApp for Android beta version 2.22.410. Users using this version can now get more than 48hours to delete a sent message.

It was reported that WhatsApp planned to extend the ‘Delete for Everyone' feature to seven days last year November. However, this feature has gotten some backlash such as WABetaInfo reports that suggested it will be unfair as most people would not want to delete a message that they sent over a week before.

WhatsApp has not yet provided any details on when exactly the Communities and extension of the ‘Delete for Everyone’ feature will be available to end-users.

Also, just as Telegram added reactions feature recently, WhatsApp is working on doing so for Android and iPhone users. A glimpse of how it looks like was shared by WABetaInfo on Twitter, the reactions are said to be secured by end-to-end encryption — just like the messages being shared on the app.

WhatsApp is readying message reactions (secured by end-to-end encryption) in a new upcoming update of WhatsApp beta for Android and iOS. 👍❤️😂😮😢🙏 pic.twitter.com/o9CMW6pnsN