'Twitter Articles' in the Works, to Feature Support for Longer Posts

Twitter is working on a new feature called "Twitter Articles", which allows users on their platform to post longer tweets compared to the 280-character limits on tweets. However, this might simply be a replacement for threads that allow users to share different sections of tweets with their followers. 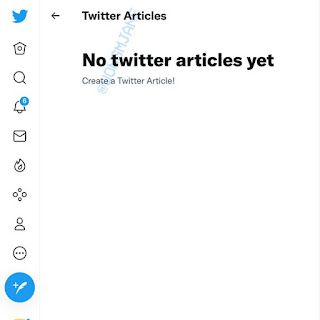 This feature is still under development, so it is currently unavailable to all users i.e regardless of users that are verified or using Twitter Blue subscription. Thought Twitter Blue users have a feature that allows them to easily read threads due to the service combining the threads into a single easy-to-read format.

So for now, threads remain the only option to share tweets in the subsequent 280-character limit. Some users thought makes use of bots and automated accounts that collate and unroll these threads into a readable format.

For now, Twitter is yet to reveal how the Twitter Articles will work, or which users will have access to this service. So until then, users will have to wait for an official update from the company. Furthermore, the company is also working on new features which is part of Twitter Blue Labs. More details about that will be shared later.