Telegram has announced a new update that will feature animated video stickers, new interactive emojis, compact animations, new navigation options, some bug fixes, and improvements. Now you are able to easily create animated stickers from videos without the use of a Telegram bot. 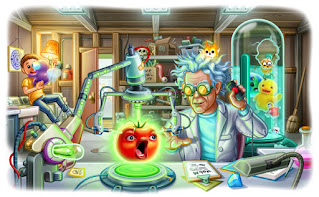 Not too long, we saw the release of new reactions emojis of up to five added on Telegram, it also shows which messages got reactions both on private chats and public groups if enabled by the administrator.

Emphasizing the new features added today, Telegram revealed new features and improvements for their social media app via a blog post. The first feature on the post is the newly added video sticker that allows users to easily create their customized stickers from regular videos.

Another cool update that came via the Telegram January update is the similar Facebook Messenger reaction feature that allows users to press and hold a reaction for a while to enlarge the reaction emoji before sending. The reactions are synchronized and the recipient will see the animations immediately.

In addition, Telegram has improved its in-app navigation to allow users to now hold the back button to return to a specific chat which mostly includes chats opened from forwarded messages, links, usernames, profiles, and more.

Lastly, some bugs were fixed such as the crash issue while uploading media on some devices. As for the improvements, the call quality has been improved, support for translation to Instant View pages got added, sending of silent messages from the sharing menu is also now supported.