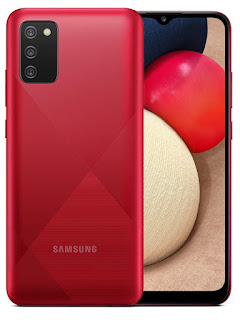 The Android 12 update firmware version for the Samsung Galaxy A02s, A03s, and A21s come with firmware versions A025FXXU4CVF4, A037FXXU1BVFB, and A217FXXU8DVF6 respectively. They are also coming with the June 2022 security patch.

For now, it has been reported that the updates are available for Galaxy A02s and Galaxy A03s units in Russia and Galaxy A21s models in Serbia. According to reports, it is said that the update fixes several vulnerabilities affecting software alongside system improvements.

Focusing more on the One UI 4.1 update for the Galaxy A02s, Galaxy A03s, and Galaxy A21s models offer - it now allows you to customize your devices with unique colors based on your wallpaper, and there is a Smart Widget feature that allows you to merge multiple widgets, Google Duo live sharing has been added, cameras have been improved (like now you can enjoy more editing features), Samsung keyboard, AR emojis, Smart Switch, Quick Panel updates.

Remember, for now only eligible Samsung Galaxy A02s, Galaxy A03s, and Galaxy A21s devices in the aforementioned regions will receive the latest update automatically. So you can try to update manually through the following guide - head to Settings > Software update > Download and install.