WhatsApp chat sync feature that could allow users of the app to contemporize chats between two Android smartphones. This is a WhatsApp multi-device feature that is expected to be part of a future update that will expand its functionality. 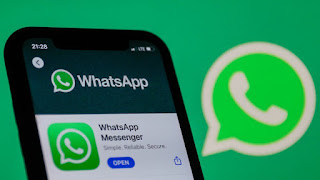 WhatsApp is yet to reveal details of how the feature will work, nor when it will fully available to the public. However, according to reports by feature tracker WABetaInfo, the new feature was spotted in beta version 2.22.15.13 for Android which is where the rollout started.

The feature that will allow users to link two smartphones together so chat history can be synced across smartphones is currently under development and will be available on Android soon. Reports added that this feature will also be integrated on WhatsApp Web, it will inform users that messages are being contemporized between devices and it will take a while to complete.

In other related WhatsApp future updates, WhatsApp was reportedly working on a companion mode feature. This allows users to link another device to the same WhatsApp account as a companion to their main device.

Users will receive a full-screen prompt letting the know they are about to link another device as a companion to their main account. Once the pairing has been done successfully, the user is logged out from the original WhatsApp account. Rumors suggest that this feature may delete all locally backed up messages and data.