TikTok Sued in US After Blackout Challenge that Killed Children

TikTok has been sued in California, USA after girls died while partaking in a `Blackout Challenge`, a challenge that makes one choke him/herself until they pass out. 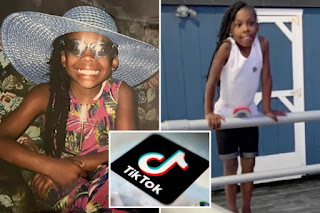 The lawsuit filed in Los Angeles last week accuses TikTok company of `intentionally and repeatedly` using their algorithm to push the Blackout Challenge to users, and this resulted in the death of 8 and 9-year-old girls last year in Texas and Wisconsin respectively.

Matthew Bergman, who filed the suit said, "TikTok needs to be held accountable for pushing deadly content to these two young girls." He added, "TikTok has invested billions of dollars to intentionally design products that push dangerous content that it knows are dangerous and can result in the deaths of its users."

The suit alleges that TikTok uses its algorithm to promote dangerous challenges like the Blackout Challenge to each of the girls that died from self-strangulation -- one using rope and the other a dog leash. The suit also listed children in other countries that had died due to the same challenge such as in Italy, and Australia.

The court documents mentioned some dangerous TikTok challenges such as the "Skull Breaker Challenge", "Fire Challenge", and the "Coronavirus Challenge". The suit calls for TikTok to be ordered to stop promoting dangerous challenges using their algorithm, and pay for damages.