Yakuza 8 first images have surfaced online, showing returning characters from Yakuza: Like a Dragon and updates to character appearances like Ichiban Kasuga having his hair tied backward. Here are what you should expect from this open-world game for Windows, Playstation, and Xbox Consoles. 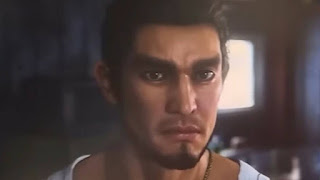 It was reported that Yakuza 8 game events will be in a new town and a few years after the events in Yakuza 7 with an MMA fighter Asakura playing a role in-game. It is also expected, like Yakuza: Like a Dragon, that players will get to control the aforementioned characters in high-octane, and experience intransitive fight sequences and dialogues.

It is worth knowing that the Yakuza creator Toshihiro Nagoshi left Sega to announce his own development studio with NetEase in January this year, with the company being named after his name and 7 key members who were part of the Japanese multinational video game company.  Toshihiro Nagoshi's new studio is aimed at developing interesting games for consoles like PS5.

Regarding Yakuza creator's decision to leave Sega, he said “I decided to leave Sega, where I had been working for a long time because I wanted to do something different than before. If you do the same thing, you can stay in Sega”.

In other related news, Microsoft has added the first 3 Yakuza games - Yakuza 0, Yakuza Kiwami, and Yakuza Kiwami 2 to its Xbox Game Pass catalog for July. So these three games are available to play on Windows PC, Consoles (Playstation, Xbox), and Cloud Gaming.