FIFA 23 has been officially announced amid the September 30th release date! We got a first look at the official trailer, new features such as Women's leagues, and the cross-play support allowing players between PlayStation, Xbox, and Windows systems to play against each other. 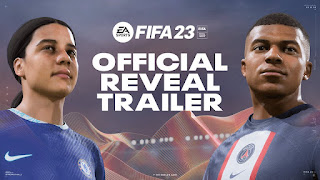 FiFA 23 women's leagues will be featured for the first time - there will be two competitions: the FA Women's Super League and the French Division 1 Féminine. FIFA 2023 will also come with official World Cup modes such as the upcoming 2022 FIFA Qatar World Cup, and the 2023 FIFA Oceania Women's World Cup.

Additionally, FIFA 23 cross-play has been implemented - now multiple platforms can play across each other (friends or online). The game will also come with real-life 11v11 recordings with machine learning to deliver realistic movement, the trailer reveals some changes to the player's body motions.

This will be the last time we'll hear of FIFA on the company's future major release titles due to a financial dispute with the FIFA governing body. From next summer, the contract they have with FIFA branding and licensing ends, and so the game title changes to EA Sports FC.