eFootball 2023 has been launched officially across all major consoles and mobile devices. This was announced on Thursday by Konami, and immediately the game was made available online for download by fans. Here are the features and what you should be expecting in this latest PES football game. 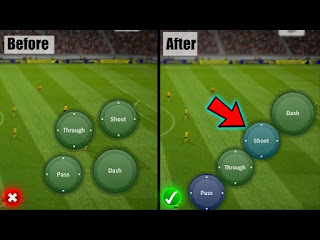 eFootball 2023 brings AC Milan and Inter as officially licensed clubs with their current real-life formation and team squad. The game has been made available on PC, PS4, PS5, Xbox One, Xbox Series S/X, PC, Android, and iOS for mobile devices.

Konami released a trailer of the game, mostly comparing the old gameplay with the new, this can be seen on their official YouTube channel. The trailer shows the newly added stadium to the game like the Estadio Azteca. Liga BBVA MX is also finally coming to Pro Evolution Soccer 2023.

The eFootball 2023 trailer showed Messi, Neymar, and Trent Alexander-Arnold as part of their official licensed players. As for the teams, they still have licenses with FC Barcelona, FC Bayern Munich, and Manchester United FC which means their official logos, kits, player likeness, and official stadiums will be featured. Liverpool FC unfortunately still has not come to an agreement with Konami.

eFootball 2023 download size for Steam is 39.75GB - We might later have a stand-alone review for the game mainly on Mobile, then possibly PC users soon. Note the game is now called eFootball, no longer called Pro Evolution Soccer.