Earlier today, Facebook got a bug that allowed users' posts on the community section of celebrity pages to appear on your news feed. If you thought your account was hacked, and you unfollowed your favorite pages or blocked them, go back and undo the changes because, after 3 hours, the issue got rectified. However, here are what you should know regarding the bug today. 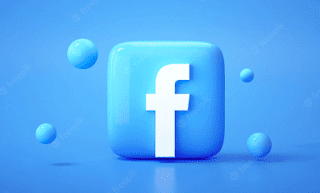 Based on what I experienced and posts from social media platforms today, it was evident that many users faced the same issue of celebrity pages on Facebook like Mohammed Salah, Sadio Mane, Nirvana, Ajay Devgn, and more displaying content of fans' posts from the community section. It also leads to such users taking advantage of the bug to spam different kinds of media, videos, and links.

There were speculations by companies such as MySmartPrice that the error could be caused by bots that were spamming random posts on celebrity pages. However, earlier today, Facebook faced another issue preventing users from editing their posts. We are unclear if this was intentional, but this has not been reversed, so we have to watch and see what happens next.

In regards to the speculation of the cause of the buggy news feed error, Facebook spoke out a few hours later in the day by saying that the error was caused by a configuration change, and it has been resolved. Possibly, the configuration change was meant to remove the edit button from Facebook, and then it lead to other issues.

In other news, not a long time ago on this website, we talked about Facebook testing a new feature for its Messenger app on Android and iOS that allows users to backup their secret chats and restore them even if they change device or login on to another smartphone. The company still emphasizes that they will be unable to see the contents of backed-up messages