Apple has released its latest OS version for its smartphones, iOS 16. It brings back the battery percentage (in numbers) in the status bar, after the removal since the launch of the Apple iPhone X smartphone. 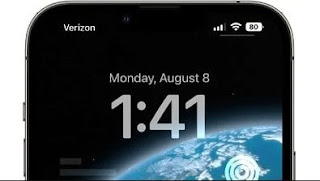 Alongside the return of the battery percentage icon on iOS 16 developer beta 5, Apple also introduced a new ‘Copy and Delete' option while sharing screenshots.

The new battery percentage feature is not enabled by default on iOS 16, so users will have to enable it from their device settings. It can be enabled by heading into Settings>Battery>Battery Percentage and tapping the toggle to enable.

The ability to view the battery percentage was first introduced on the iPhone 3GS model in 2009 with the iPhone OS 3.0 software update. While the last version to have this feature was the Apple iPhone X smartphone. It seemed understandable Apple removed this due to the display notch, so users had to access the battery percentage in numbers by swiping down to Control Center.

As for the new screenshot option, Apple made it possible for users to copy and delete a screenshot when sharing starting from iOS 16 beta 5. How this works is that a user can copy a screenshot to the clipboard if they do not want it saved to Photos, so they do not have to head to the gallery to delete the screenshot manually.

The iOS 16 developer beta 6 also comes with bug fixes and updates which can also be seen in the changelog. There might be a chance these features will be available in the final build since it is i

The iOS 16 developer beta 6 also brings plenty of other bug fixes and updates as detailed in the changelog. But one needs to keep in mind that the above-mentioned features have popped up in the developer beta builds, so there's a good chance that they could be pulled out of the final build depending on user feedback.