The Samsung Galaxy S23+ which is expected to be released in 2023 has been reported to come with an increased battery capacity of 4,700mAh compared to the 4,500mAh battery capacity featured on its predecessor, Galaxy S22+. 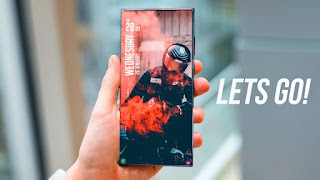 Based on a report by The Elec, Samsung may increase the density of the Galaxy S23+ battery, while retaining the exact dimensions of the Galaxy S22+. Furthermore, it is expected that Samsung SDI, which is a branch company handling battery manufacturing for the company is expected to make use of 'stacking' technology to achieve this feat.

In other for Samsung not to increase the thickness of the battery, the company could stack the inner material of the battery in layers over each other like a staircase to expand the capacity of the battery. This new technology is expected to be featured only on the Galaxy S23+, so the Galaxy S23 and S23 Ultra will not make use of this.

Another report tips that the Samsung Galaxy S23 series will feature almost similar dimensions as the Galaxy S22 handsets;