As reported, iPhone models running on iOS 10 and iOS 11 versions will no longer be supported by WhatsApp starting on October 24th, next month. Here are what you should know. 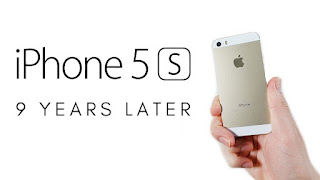 According to an earlier report months ago, it was confirmed that support for WhatsApp will end on the iPhone 5 and iPhone 5c devices running on iOS 10 and iOS 11 starting from October 24th. This means only those that are able to upgrade their handsets to iOS 12 and newer versions can continue using WhatsApp.

This new development probably aims at informing older users of iPhone devices to upgrade to a newer device or try and upgrade their iOS version, though not a good idea to update the version. However, it is still possible to update to the iOS version 12, but this is applicable only to iPhone 5s or later models due to ipHone 5 and 5c users' hardware being incompatible.

WhatsApp also updated its requirement on its Frequently Asked Question page to fall in line with the new development. The requirements clearly state only users with iOS 12 and above get to keep using the platform. Android requirements still maintain its Android 4.1 and up support.

This update might not affect a lot of users since Apple statistics claim that about 89% of its users are currently using iOS 15, about 82% have updated to iOS 15, and just 4% of users are using iOS 13. So we can conclude very few use iOS 10 and 11.

For those using iPhone 5s, they can update their iPhone to iOS 12 by following these steps: Settings > General > Software Upgrade.