Apple iPhone 14 Pro and iPhone 14 Pro Max 3D models are now available to the public. The iPhone 14 series trial production has commenced and it is expected to enter mass production in August 2022, while the official launch of the smartphone will be on September 13 this year. 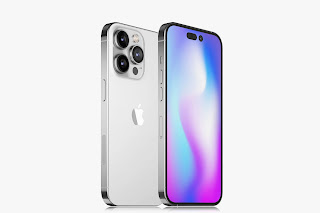 Computer-aided design (CAD) creator Madmix shared the iPhone 14 Pro and iPhone 14 Pro Max 3D models online, and they said the models are to be real-world sizes. Currently, the models that tip the complete design of the iPhone 14 series are being sold on CGTrader website by Madmix for $48.30

Regarding Apple's sales, the company sales in July were still strong, despite the overall smartphone demand having fallen. Furthermore, analysts reportedly believe that the inflation in core commodities is unlikely to impact their user base.

According to Ming-Chi Kuo, an analyst for TF International Securities - he claimed that based on a survey conducted by him, the iPhone 14 sales will be way higher than the iPhone 13 in China due to high prepaid deposits for the device from some Chinese distributors, retailers, and scalpers.

Regarding the key features - the iPhone 14 and iPhone 14 Pro which is tipped to launch on September 13th will sport a bigger 6.7-inch display. The Pro model will get a larger camera module with a 48-megapixel sensor.