According to recent reports, YouTube is working on a feature limiting 4K and higher resolution videos to its premium subscribers only. Free YouTube users will be able to watch videos with a quality of up to 1440p, nothing above that will be accessible to them. 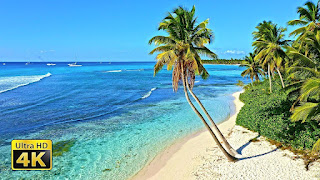 As mentioned, recent reports suggested this; A Reddit user also confirmed this when they could not access 2160p video quality, the user was prompted with a captioned text that reads “Premium – Tap to upgrade”. The user said the location of the YouTube account was set in the United States which hints that the new restriction is being tested by Google in the US first.

This Google move to limit the best quality of its YouTube videos to premium subscribers comes not long after Google confirms testing five unskippable ads that show to users before they can watch a YouTube video if they are not subscribed to premium services.

Users were unhappy with the previous test which lead to several ads being shown to them before they can watch a video. However, YouTube replied on Twitter to a user saying that the ads were just 'bumper ads' and are only up to '6 seconds long' unlike its traditional single or double unskippable ads of a longer duration.