Elon Musk has since acquired Twitter, and since then there have been controversies regarding users who have been banned like Donald Trump, and also talks regarding the recent development of verified users paying $8 - $20 monthly. 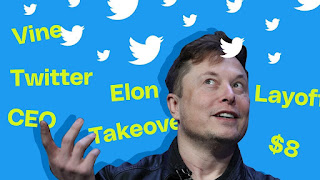 Elon Musk confirmed in the early hours of Wednesday that it will not allow users who have been banned from Twitter back without "a clear process for doing so". So the thoughts of massive accounts getting re-instated will not be a reality.

Twitter will not allow anyone who was de-platformed for violating Twitter rules back on platform until we have a clear process for doing so, which will take at least a few more weeks

Elon Musk further added that creating such a process would take at least a few more weeks. Looking at the timeline, it implies that Former US President Trump will not be returning in time for their country's midterm elections on November 8.

Despite all these controversies, Rashad Robinson, president of Color of Change, in an interview said that Musk is committed to upholding Twitter's content moderation policies and enforcement around election integrity.

It was after Musk's call with several civil rights organizations including Color of Change, the Anti-Defamation League, and the NAACP on Tuesday in which he made the tweet of not unbanning without following due process.