Twitter, through Elon Musk, has removed the Twitter Blue subscription offering anyone the option to subscribe and access the blue check mark. In addition, an 'Official' badge is now surfacing on some news, government, and entertainment accounts. 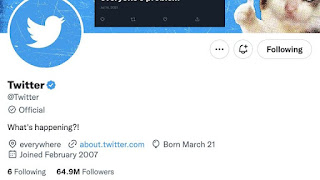 This new development was noticed by some users and popular news organizations on Twitter. Elon Musk's move to remove the $8 check mark feature for all users and return the official badge has been suspected to be due to a surge in fake accounts on the platform.

He also added that users engaging in impersonation without clearly specifying it is a "parody" account will be permanently suspended without a warning. A recent Tweet from Musk also says a parody tag will be added to the account, and the user has to add a parody on their name, not only the description.

Now that the Twitter Blue signup option has disappeared, only those who purchased it and previously verified users currently have the badge. Musk is yet to comment on why the option has been removed from the app.