Are you one of the 45 million people who have been playing Solitaire for at least three decades? Great! Then you are not alone if you have become enamored with Solitaire because of its captivating and addictive gameplay that gives your mind an energizing punch. 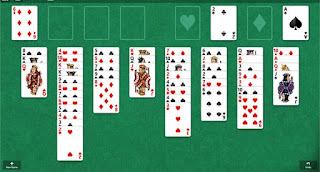 One of the earliest games is Solitaire, released by Microsoft in 1990 alongside Windows 3.0 and played in more than 200 countries and 65 languages. According to historian Jimmy Maher, Windows Solitaire is the most played computer game ever.

The coolest part is how Solitaire has changed as technology has progressed. You cannot use a laptop or PC because it is available online and via mobile apps. So you can play Solitaire whenever and wherever you like; you can download a solitaire app. It would be cruel to refrain from taking advantage of the Microsoft Solitaire Collection offered for the first time on a non-Windows platform.

But here we are talking about how to download amazing solitaire games on your PC. Are you thinking about the process of downloading Microsoft Solitaire games? No worries! We have got your back. Here is a step-by-step guide for you.

The games in the Microsoft Solitaire Collection are Tripeaks, FreeCell, Pyramid, and Spider. Players are obliged to fulfill daily tasks. Microsoft claims that 119 million people have already played this version, and these numbers are massively increasing daily.

Step 2: To start the game when it has been installed, choose Play.

That is how simple it is.

If you want to avoid visiting the product page constantly, there is an easier way: pin it to the Taskbar or Start menu. For this, take the following action: Choose "Pin to Taskbar" from the context menu when you right-click the game icon.

Here are a few of the best options to try if you want to play Solitaire with spectacular graphics and stunning animations:

Solitaire is a collective term for hundreds of card games to play online. This game involves arranging a shuffled deck of cards into a specified order. You can play over 30 solitaire games here, including classic Solitaire.

Solitaire Bliss has score-checking facilities, a solvable-only game mode, and numerous other elements to keep players as entertained as possible. Due to this feature, Solitaire Bliss is the ideal choice for beginners who want to enhance their Solitaire skills and become experts by playing regularly without worrying about losing. So it's understandable why Solitaire Bliss is quickly rising to the top of the list of popular solitaire gaming websites.

Here we have given five strategies that can increase your chances of winning and boost your luck in this game:

•Know the Rules of the Game

•Begin with columns that have more giant stacks

•Keep a King in Hand before Emptying the Column

•Use undo whenever needed

There are three sections of different games that you can play on Green Felt solitaire. It includes puzzle games, Solitaire games, and Arcade games. You can play it directly from your browser, and it doesn't require any download. A wide variety of games left you astonished, and you'll feel addicted to them. Score more and more in less time is all you want during these games. But it would help if you mastered more complicated moves to stand out from the crowd.

We urge you to play today's Game of the Day if you use less than super moves to feel their strength. Awesome activities can be used to play the game exclusively from the very bottom of each column. In other words, you can succeed even if you don't tap any individual cards or even incomplete stacks. After you win or click "Give Up," a list of 10 scores appears, with your score highlighted and displayed. We will assume you are impatient and looking for a better deal if you click "New Game" without also clicking "Give Up," in which case we won't show you your score.

Flick Solitaire, the best card game available for mobile devices, continues to deal with the decks that artists, art enthusiasts, and fans are flocking for. The small team behind Flick Solitaire in London, England, intended to make the game more than just a mobile game by emphasizing art and artists. Working with artists worldwide gives Flick an unparalleled richness that both players and artists adore. We concur! Let's FLICKING get going.

No matter how down you feel, Flick's vibrant cards will make you forget about it. It is truly fantastic! So, playing Flick Solitaire can always be the solution if you're ever stuck for things to do to pass the time or stay happy in life. Your life will be improved by the relief and happiness it brings. Can't believe it? Then give it a try.

On this website you can play solitaire directly in your browser, so you don't have to download any software or install anything. Play-Solitaire.com is very user-friendly and can be played completely full screen. There are no bright lights or other stimuli that can provoke an unpleasant reaction in certain individuals. This is the perfect game to relax for a while.

The game Solitaire, which Microsoft first released to help users learn how to drag and drop objects with the mouse, is no longer only a learning tool. This game has been entertaining people and becoming a brain teaser for about three decades, and about 35 million people play it every year. Therefore, it implies that people's love of Solitaire will endure long.

The advantages of Solitaire may take time to be apparent. However, the reason it is so well-liked throughout the world can be due to its subtlety. The players are gaining psychological advantages while passing the time with this patience game, benefits that not only support a healthy mind but can also be very helpful in daily life.