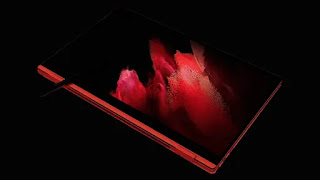 As for the Ultra model which is our focus, it was discovered on the Bluetooth SIG website which showed the specifications. At the Samsung launch event taking place next month February, it is expected that the Samsung Galaxy Book 3 Ultra will be launched.

Based on the above, the Samsung Galaxy S23 series is expected to make its debut next month. So far, we have an idea of what we should be expecting on that, several articles have been written on the smartphone on this site.

The Bluetooth SIG website listing also suggests that the laptop will be capable of running Windows 11, featuring the Intel AX210 Wi-Fi 6E driver with support for 6 GHz networks. The driver also includes Bluetooth v5.3 integration, though according to the report, the Samsung Galaxy Book 3 Ultra can only support Bluetooth v5.1 due to a limitation in the Windows 11 operating system.