Check If Your Device Gets Android Oreo 8.0 Update

Share
Android O is finally official and Google has partnered with snack producer Nabsico to call the next version of Android Oreo. This new update comes with cool features that you can't really imagine. Some phones have been selected to get Android Oreo 8.0 Update, so in this post, we will take a look at list of phones that will get Android 8.0 Oreo update. 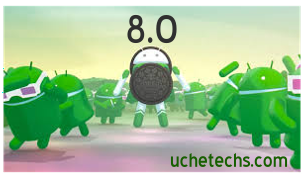 You might be hoping that your phone should be on the list below, but not all phones can compatible to get the update.  As of August 2017, only 12.3 per cent of Android devices are running Android Nougat 7.0 and 1.2 per cent are running Nougat 7.1 which is a fairly dismal adoption rate.

We should also know that Lollipop and Marshmallow still continue to dominate the Android smartphone market. So with this, let's now see the phones that were selected to get android 8.0.

list of phones that will get Android 8.0 Oreo update

Nokia had already announced a while back that it will be updating the Nokia 3, Nokia 5 and Nokia 6 to Android Oreo. HMD Global has also confirmed that the recently launched Nokia 8 will be receiving the Android 8.0 update.

Coolpad claims that the recently launched Cool Play 6 will be updated to Android O by December 2017.  It is not known if the company will update their previous smartphones to Android 8.0.

Andy Rubin, the co-founder of Android unveiled the Essential PH-1 modular smartphone a few months back. The Google's Android 8.0 Blog post confirms that Essential is one of the companies working on Android O development.

Asus announced that it will be updating its current line-up of devices to Android 8.0. The smartphones include ZenFone 4, ZenFone 4 Pro, ZenFone 4 Max, ZenFone 3, ZenFone 3 Deluxe, ZenFone 3 Max and ZenFone 3 Laser.

Although Samsung has not announced the official list yet, we can expect Samsung Galaxy S8+ and Galaxy S8, Galaxy S7, Galaxy S7 Edge, Galaxy j7 2017, Galaxy Tab S3 and the upcoming Galaxy Note 8 to get the new 8.0 update.

These are the list of phones that will get Android 8.0 Oreo update. Should Google have included more phones to receive the 8.0 update? Share this good news with friends and comment below if you feel the list is incomplete. Have a nice day.
PublisherWisdom UchePosted atTuesday, August 29, 2017 11 comments
Labels#Tech news