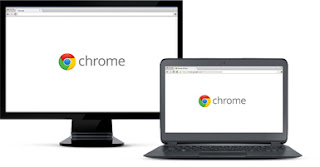 What do you think of this update guys?
PublisherWisdom UchePosted atSaturday, December 16, 2017 4 comments
Labels#Tech news