Your WhatsApp Messages Can Be Manipulated By Ha/ckers

Share
Cybersecurity firm Researchers said on Wednesday they had found flaw in WhatsApp which gives ha.ckers ability to manipulate your messages or even send fake messages and read them. 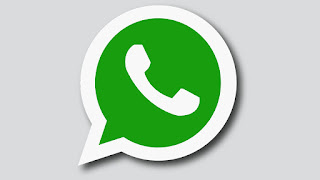 This is a popular messaging app and when ha.cker has access to these messages it can cause potential harm.

CheckPoint said;
the vulnerability gives a hacker the possibility “to intercept and manipulate messages sent by those in a group or private conversation” as well as “create and spread misinformation”.

This report of the flaw is becoming alarming becuase they need to prevent spreading misinformation due to its popularity and convenience for forwarding messages to groups.

READ ALSO: how to Make Group Video Calls and Voice on Whatsapp

Whatsapp are implementing nee features which will limit the number of times you can forward messages to groups.

WhatsApp also added: “We carefully reviewed this issue and it’s the equivalent of altering an email to make it look like something a person never wrote.”

However, WhatsApps said: “This claim has nothing to do with the security of end-to-end encryption, which ensures only the sender and recipient can read messages sent on WhatsApp.”