Share
Shadow of Death Game can be classified as an action game which has an amazing story-line, graphics, and gameplay. It's not known by many, for this reason, I have shared this action game for you all to check out. Shadow of Death Dark Knight is similar to some stick man games for Android and iOS, but this is very different. 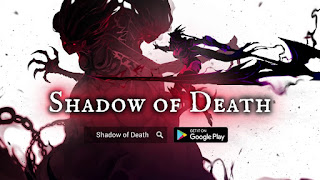 While seeking for a similar game like Anger of Stick game for Android, I stumbled upon Shadow of Death: Dark Knight - Stickman Fight Game and I had double thoughts to if I should download Shadow of Death Game on my phone or not. I checked the featured images and they seem pretty nice, but I wasn't moved to download the game until I watched the featured video on Google Playstore and wow, the gameplay was nice and it seemed like an addictive game for me.

What surprised me the most about Shadow of Death Game was the size of the game, it wasn't even up to my expectation, due to how awesome the gameplay was, I thought I'll require more than 300MB to download Shadow of Death Game for Android, well, I was wrong. Shadow of Death App is just 93MB and requires no additional file to play for Free. That's good for Android Game lovers that prefer playing smaller sied games, with HD Graphics like First Touch Soccer or Asphalt Nitro.

Features of Shadow of Death Game (Apk) For Android


Shadow of Death Game: the most excellent knight game in the shadow fight style. Unite against the shadow of war and save the lost kingdom. Fight the shadow now!


Play a gripping pocket-sized fantasy action RPG on the go! Pushing the boundaries of mobile gaming, Shadow of Death Dark Knight is one of the best offline knight games, which doesn’t need the internet to be experienced. Fight the way you want as players can select among 4 unique shadow knights, multiple gameplay styles, and loads of rare armor sets to conquer a hostile dark world.

Choose your stickman shadow fighter and delve into a robust skill tree and deep inventory system that encourages endless combat experimentation and customization. Shadow of Death Dark Knight has a young boy's soul in a hulking suit of armor, what other offline knight games can top that?

Shadow of Death Dark Knight Game is Inspired by classic fighting games and modern action RPG games, the shadow battle is a high-octane blend of magic and weapons based hack and slash gameplay.

An intuitive touch screen interface provides different options to strategize combat and devastate enemies in Shadow of Death Game. The special shadow battle system is accessible for any player yet deep enough to satisfy the most hardcore action RPG game fans. What are you waiting for? Grab that mystical dark blade and plunge into darkness in Shadow of Death Dark Knight!

Shadow of Death Dark Knight Game is driven by an all-new animation system and graphics engine, players are going to be saying, "I can't believe it's not a console game." That's right, this shadow fight game looks that good! Optimized for mobile gaming, the gothic fantasy world of Aurora is uniquely cel-shaded to deliver jaw-dropping magical effects and epic combat sequences to life.

Shadow of Death Apk allows you to select a customizable dark knight to go on and experience the thrill of shadow combat anywhere, anytime as Shadow of Death Game: Dark Knight - Stickman Fight is an offline knight game. No need to be online to play your shadow fighter.

When beating down shadow monsters just does not cut it anymore, take your shadow fight online! Vie for ultimate supremacy as your shadow battle with other players in the Arena. 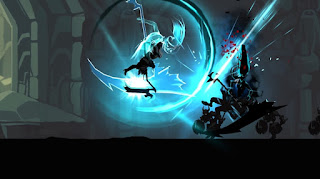 Requires Android: 4.1 and up


Wait, don't rush because I didn't link to any external source where you can get Shadow of Death Game Mod Apk. There seem to be no such Apk that is available on the internet, I have tried using Lucky Patcher and it didn't work, you might try SB Game Hacker, but I don't recommend that due to the fact that Shadow of Death Dark Knight Paid version isn't too expensive and you can Unlock the Dream Team;


The paid version of Shadow of Death Gamehas all four shadow warriors unlocked from the start. Now players can conquer the darkness like never before and get to the good stuff way faster. So this version is better because it actually works, you get what Zonmob Game Studio.


Shadow of Death Game Unlike other in-app purchase games offers Free Gift Codes seldom. There are some unlockable characters or skills gotten by many players through this means. Even some have been able to download and install Shadow of Death Dark Knight Stickman Fighting for Free without the use of any Mod Apk.

Shadow of Death Gift Codes expires and doesn't usually last a week for obvious reasons, to prevent the advantage of such Free offer from players. Participations are sometimes required to qualify and get Free Gift Codes in 2019.


Shadow of Death Game can be downloaded on Android and iOS (iPhone) devices for Free! Remember, there is a Free version and a paid version on these stores, I have reviewed the difference above. 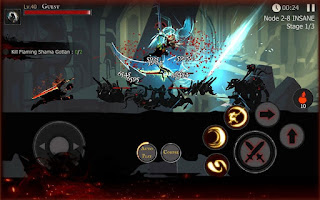 Shadow of Death Dark Knight Stickman Fight Game is an offline game on both OS and it's Free to download, choose your phone's OS store and download Shadow of Death Apk Game which contains no additional Files like Data or OBB.

The installation process is very easy, in fact since you are downloading Shadow of Death App officially, there is no need to install manually, it is done automatically, so just download and play for Free!
PublisherWisdom UchePosted atThursday, June 27, 2019 1 comment
Labels#Android Games, #Games