Share
Huawei is ready to stand on their feet after the recent ban of the smartphone in the United States and some countries. Their Android App was removed from Google Playstore after the Ban, so they are in search of a temporary app store and it seems like Aptoide is their next back-up plan. 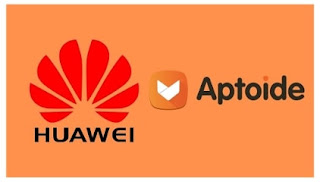 The Ban By Google and the United States Government has made some Market Apps to end the partnership with the Chinese Company. So there aren't many Market Apps popular enough for their App to stand.

App developers are urged by Huawei to publish their applications (Aptoide) and to the App Gallery before the ban goes into effect since they are delayed for 90 Days. Within these 90 days, Huawei is making up plans to keep their Apps on other Stores since they are removed permanently from Google Play.

Not only was Huawei’s Android license revoked by Google for future devices, but it was even pulled from the Android Q beta program and ARM, whose designs are used in Kirin processors, also has ceased ties with Huawei to comply with the US’ drastic new policy.

Huawei users will have to install these partnered apps like Aptoide and App Gallery on their Android device to install other related and important Huawei apps. Some Huawei and Honor phones come with the App Gallery pre-installed, so there wouldn't need to re-download again.