Here's What God Of War Kratos Was Almost Named

Share
While everyone knows God of War's name as Kratos, it turns out Kratos almost had a very different name which was nothing near Kratos. All God of War franchises has always gone with the name Kratos but Asmussen confirms Kratos was nearly named after him. 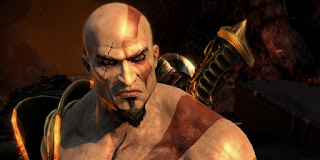 Asmussen directed God of War 3 in 2010 and also is a developer of the game but when it came to naming Kratos all those years ago, it turns out Sony nearly went with a name a little closer to home.

Asmussen confirms Kratos wasn't always their plan, instead of God of war name being Kratos, he thought of naming him Dominus but it tuned out his marketing department wasn't accepting the name and saw it not appealing. Here's Asmussen explanation on how his name ended up being considered;

"I don’t know how many members of the team submitted names, but I submitted maybe a handful of them and they went to marketing and they came back with four, maybe five names for Kratos - Kratos was one of them … and Stig was one of them.”


Read Also: How To Download God of War on any Android device

Surprisingly, "Stig" was also shortlisted for God of Wars name and Asmussen said, "I totally would have been cool with it.”. Also, God of War has originally titled Dark Odyssey. The team really loved that name but were unsure if it really fits the character before they released the game's title.

Interestingly, do you know Kratos or Cratos is the divine personification of strength in Greek mythology? He is the son of Pallas and Styx; he and his siblings Nike ("Victory"), Bia ("Force"), and Zelus ("Zeal") are all essentially personifications.

Thankfully, Kratos has been chosen and the franchise looks to be going forward by releasing a post-credit scene on God of War 4 ending where Thor was teased for God of War 5.
PublisherWisdom UchePosted atWednesday, July 10, 2019 2 comments
Labels#Tech news