Share
WhatsApp upcoming feature allows users to share their Status not only to their contacts on Whatsapp but also to third-party apps popularly used like Facebook and Instagram. Whatsapp is inter-connected to these Apps, so it's quite not surprising this feature is coming. 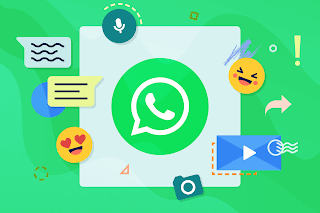 The feature isn't released yet, in fact, it's in the beta program and available for Android and iOS for now. This new feature allows you to share status straight to your Facebook stories or Instagram stories directly. For now, it has been claimed you don't need to connect accounts together, probably your number will be used to know connected accounts, makes more sense.

Facebook will be making use of data-sharing APIs on iOS and Android and posts shared from Whatsapp to either Facebook or Instagram will be two separate events in the company's system and will not be automatically connected as one event.

Whatsapp statues being shared on other services like Facebook and Instagram shows the unification of these three social media services. This is a step further in Mark creating a better and easier backend infrastructure for these three apps.